It is the topic of the last weeks and months: the Corona crisis. There has been much reporting and discussion. But what is the situation in medium-sized companies with a global presence?

In the first part of the interview with POLIFILM CEOs Paul Beaver, subgroup POLIFILM PROTECTION, and Eckehard Betz, subgroup POLIFILM EXTRUSION, you read about the impact of the pandemic on customers and markets for a company like POLIFILM and how the company reacted best possible. But how to get through a pandemic together with your employees as unscathed as possible, what helps managers in these times and whether it can be the same again afterwards, you can read here.

What would you say the Corona crisis has changed for POLIFILM?

EB: The crisis has brought us even closer together. We were a team on paper, now we are in daily life. Together we have mastered the crisis so far and I am sure that nothing can throw us off track so quickly now.

PB: We have all become stronger. Employees have shown management how committed they are to keeping every single customer. In return, we have shown that we are a reliable employer. Not one person within our business has come through Corona without a job. We have shown that family business is more than just words for us, it is firmly anchored in our culture.

Has anything changed in your role as CEO?

EB: Probably not. As a CEO you wear a lot of hats and sometimes one is bigger than the other. Now it was just the crisis hat. In the end, the CEO is successful when he has a powerful team around him. And our team is as strong as an ox.

PB: I might have a few more grey hairs than before (note. D. Red. Beaver laughs). The only thing that has really changed is where I physically work as a CEO. Instead of being on site at the companies, I have been  at my desk in the UK for several months.

Which three tools would you not want to do without in such a situation?

Would you please choose one of them and explain it in more detail?

PB: I would like to talk about experience in more detail. 20 years of POLIFILM have equipped me with the knowledge not only to know which individual product can be produced with which technology, but also to be able to estimate which of the individualized productions is capable of replacing another one - temporarily. When the crisis began in China, we were able to transfer selected products to Italy. When Corona arrived there, for example, we were able to switch to France and then gradually switch back to China. That doesn't work if you don't know how the business works and which products are best suited to which production site and the skills of the local team.

EB: Since we have both mentioned it, I would like to talk about swarm intelligence and the joint passage through the crisis. In our first discussion on Corona, we were all aware that none of us has ever managed a pandemic. That is why we told ourselves that we could only do this by drawing on all our different experiences, knowledge and ideas. This helped us especially with the difficult decisions. Because what came out was better than the sum of the best ideas each of us had. We jokingly called that "swarm intelligence". Today it is no longer a joke, but a daily routine.

You already said it, POLIFILM is a family business. What advice would you give your junior managers if they were faced with a similar situation?

EB: Use the tools mentioned above and do not be despondent. Do not be intimidated. If you use the tools well, you can't make the wrong decisions. Decisions are overrated anyway, as long as you keep the goal in mind. Most people just point the way at a fork in the road. Whether the other way would have been better in retrospect is something only politicians are interested in. As long as you and your team keep your eyes open and reflect regularly, the chosen path will lead to the goal over many more forks in the road.

PB: Keep calm. Really always stay calm and don't worry too much about the situation you're in. During my entire time at POLIFILM we have overcome and mastered every challenge that came our way. It helps us to see a big problem for what it is: the sum of many small ones.  To tackle and solve them with common sense will ultimately solve the big problem. This is what we did this time as well - during Corona.  In doing so, we remained flexible, used our experience and targeted the resources of the people around us. This is exactly what has got us through so far.

Thank you for your time and insights into crisis management. 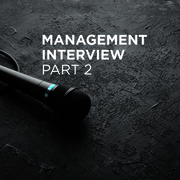 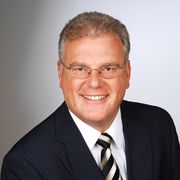 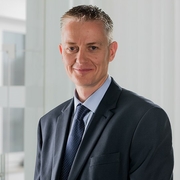