The protective film manufacturer has implemented an ambitious efficiency project: The subsidiary of the global POLIFILM Group uses a new waste heat concept as part of the modernization of the solvent recovery plants at the central site in Wipperfürth. Excess waste heat is now either avoided or used to reduce external energy consumption.

As one of the leading German manufacturers of polyethylene based film solutions, the POLIFILM Group employs 1,600 people worldwide. The POLIFILM PROTECTION MANUFACTURING plant in Wipperfürth, Germany, produces around 235 million square metres of self-adhesive films annually. These films are used for the protection of sensitive surfaces such as metal, glass or plastics that are commonly used in automotive applications, the construction industry and the manufacturing of household appliances.

The company has been concerned with the subject of energy efficiency for many years. Specially established energy teams systematically search for energy saving solutions and POLIFILM PROTECTION has now put one of these into practice. Supported by the North Rhine-Westphalia Efficiency Agency (efa), and the Kreditanstalt für Wiederaufbau (KfW - Reconstruction Loan Corporation) it has been involved in a project demonstrating that resource conservation and higher operational efficiency can go hand in hand.

Making better use of waste heat

The aim of the project was to reduce the surplus waste heat from production at the Wipperfürth site from its existing 30 percent. In 2018, the concept was implemented: The Company combined two previously separately operated solvent recovery plants into one single energy efficient plant.

They recover the solvents that were originally used to liquefy adhesives for the application onto carrier films. During the drying process, specific solvents evaporate which can be recovered. Other solvents such as ethyl acetate, toluene and ethanol are burned by the thermal exhaust air purification (TAR). The recovery method is environmentally friendly but somewhat energy intensive.

In the course of the modernization project, the company modified the activated carbon of the absorbers, the air cooling system and the regeneration cycle. This meant that one gas burner could then subsequently be taken out of operation. In addition a control system for all heat generators and heat consumers was created. "By creating this energy efficient plant, we have succeeded in significantly reducing our heating and electricity requirements. We now have more power available than before as the new system still consumes significantly less energy," says Martin Hummel, plant manager of POLIFILM PROTECTION in Wipperfürth. "With it, we ensure that we only produce as much heat as we need for our production."

The results are impressive: Whereas in the past there was a waste heat surplus of around 30 percent; this corresponds to around 5.8 gigawatt hours that the now obsolete burner had to produce. The heat balance is now even. If electricity and gas usage are combined, the modernization of POLIFILM PROTECTION results in energy savings of around 12.1 gigawatt hours. Carbon dioxide emissions are reduced by around 2,870 tonnes per year. Water consumption has also reduced:  The savings amount to 55,000 cubic metres of water per year as a result of the switch to an air-cooled condenser instead of water-cooled unit.

Martin Hummel is certain that the investment of around 2.3 million Euro will be cost effective "As a result of all the measures implemented, we were able to significantly reduce our consumption of gas, water and waste water. In addition, we can produce a higher proportion of the electricity we need in our own power plant, which we commissioned for environmental reasons some years ago, this already provides 60 - 70 % of our electricity needs. As well as the cost savings the environmental effects are hugely positive.” 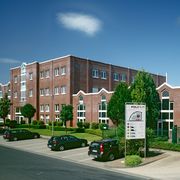 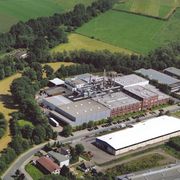