The German extrusion and protection film specialist POLIFILM is actively working on the expansion of its portfolio of products to provide protection against viral diseases, including COVID-19. Following the solutions already commissioned, such as protective films for personal protective equipment e.g. plastic face visors and films for separation screens to contain virus aerosol particles the company is now going one step further. Viruses will not only be prevented physically by a film, but also rendered harmless.

"The concept behind our approach has been successfully practiced for years to contain bacteria," says Marc Luther, Head of Corporate Development POLIFILM, referring to “Tacky mats” - antibacterial mats for the medical sector. "Our aim is to provide surface protection films that prevent the colonisation of the virus and ultimately destroy it on frequently used surfaces that are a breeding and collecting ground for viruses. “ The films interrupt the transmission paths of contact surfaces in both public and private spaces. The international development teams of the POLIFILM subgroups POLIFILM EXTRUSION and POLIFILM PROTECTION have been work closely together in order to achieve this aim.

From the school desk to the canteen table to the door handle – POLIFILM’s solutions promise the most diverse applications alongside easy handling due to their self-adhesive properties. Non-food packaging and mailing packages used for internet sales can also benefit from the anti-microbial function which is currently undergoing official certification. "Until we have official confirmation of the anti-viral function we are conducting stress tests in parallel in order to be able to quickly market and supply this product," Marc Luther continues. "We are very optimistic as the interim results for the anti-bacterial properties in the same film are already available and were positive throughout testing.” 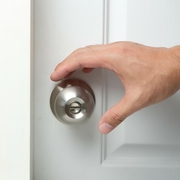