More than 100 million tonnes of plastic waste are drifting on the world’s oceans and this number is increasing every day. According to information provided by the United Nations, 225 million tonnes of plastic are produced every year. Part of this ends up in the ocean as a result of non-existent recycling systems and environmental responsibility – even though polyethylene is fully recyclable and a valuable raw material. POLIFILM processes all its own PE waste and an additional roughly 32,000 tonnes of recycled PE material in a process every year so that the manufacturing of films produces almost no waste. POLIFILM’s appeal is therefore directed at anyone who carelessly throws their waste away. As it is precisely this that contributes to the pollution of the oceans. POLIFILM is committed to cleaning up the oceans and supports the environmental project “The Ocean Cleanup”. “The Ocean Cleanup” is a project started by 20-year old Boyan Slat from the Netherlands with the aim of collecting plastic waste using a barrier in the oceans. The first test is already running in the North Sea: a 100-metre-wide barrier was erected 23 kilometres off the Dutch coast, which passively collects bottles, shopping bags and other plastic waste on the water’s surface so that fish and other marine life dwellers can pass without any problems. The idea has inspired thousands of people worldwide. POLIFILM is also supporting the project and therefore the possibility of collecting and recycling millions of tonnes of plastic waste from the oceans in future. You can find more about “The Ocean Cleanup” project at http://www.theoceancleanup.com/ 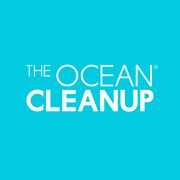 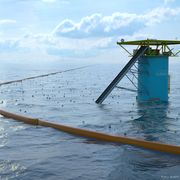 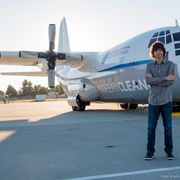