Less is more – now this also applies to the sustainable use of stretch films in the fields of transport and logistics. The result of the cooperation between Dow and POLIFILM EXTRUSION shows that films reduced in thickness no longer contradict safe and stable load unit securing.

Supported by the knowledge of the formulation and extrusion technology of POLIFILM, Dow's selected premium raw materials are used to produce 9 µm stretch films with mechanical properties comparable to those of conventional 15 to 23 µm films. The films are characterized in particular by their high puncture and tear resistance. The resulting advantages are obvious:
The optimized elongation level and the reduced thickness result in lower material  and energy consumption, which have a positive effect on the CO₂ balance. In the application itself, up to 50% stretch film per pallet can be saved, if the new film solutions are used - without losing holding forces, as the tests of TECHLAB show.
A benefit for environment and users. 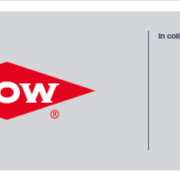 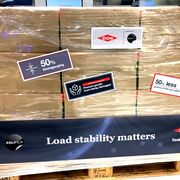