Manufacturers often choose PVC plastisol when it comes to coating household appliances and structural elements made of sheet metal. This paint systems which is a soft PVC, is resistant to abrasion and corrosion and is also easy to form. POLIFILM PROTECTION is now the first manufacturer in the market to introduce a specialist protective film for plastisol-coated surfaces. It enables visual inspection at any time whilst ensuring optimal adhesive strength.

Manufacturers have been searching for a transparent protective film specifically tailored to the demands of plastisol-coated surfaces; POLIFILM PROTECTION have provided that very solution. Molecules from the plasticisers contained in the plastisol coating migrate into the adhesive layer over time and, dependent on environmental conditions, attack the molecular structure of the adhesive. The result: impaired adhesion and severely compromised removal properties of the film. Until now, protective films with rubber-based adhesives have typically been used for such surfaces, as they offer a relatively high level of resistance to plasticisers. However, because the rubber-based adhesives are not UV-stable, traditionally films have only been available in white or black; transparent films have never been an option.

Visual inspection at any time

Now, thanks to POLIFILM PROTECTION, manufacturers finally have the choice of a protective film that eliminates these problems. As the only transparent protective film for plastisol-coated surfaces on the market, this innovative product from POLIFILM PROTECTION enables visual inspections without interrupting the production process. It helps to avoid mistakes when selecting the sheet metal and enables continuous quality control throughout production. Quality levels increase, whilst rejection rates drop.

This has been made possible by a new type of water-based acrylic adhesive which is immune to the negative effects of plasticiser molecules. The new formulation means that the adhesive layer retains its internal stability (cohesion) despite the presence of plasticisers. The adhesive properties are retained whilst still being easy to remove without leaving any residue.

The new adhesive formula developed by POLIFILM PROTECTION eliminates hardening and embrittlement of the adhesive caused by the influence of plasticisers, preventing uncontrolled increases in the adhesive force. This avoids the film “blocking” onto the surface, meaning it can be easily removed without the need for subsequent cleaning. With its excellent UV resistance of up to six months, it can still be easily removed even after prolonged outdoor exposure.

"With our innovative protective film for plastisol-coated surfaces, we have added an important product to our range of special solutions for particularly demanding applications," explains Fulvio Camerini, Technical Director at the POLIFILM PROTECTION production and development site in Italy. “We are proud to be the only supplier in a position to offer our customers such a tailor-made solution – ensuring perfect protection with optimal efficiency.” 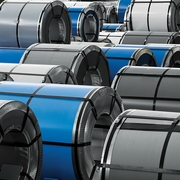