POLIFILM PROTECTION has opened a new production facility in Changshu near Shanghai. The factory design evolved from a panel of experts who considered the layout down to the smallest detail for the process requirements of protective film production, this new factory is state of the art and is part of the company's strategy, as it allows production close to the customers in Asia, as well as significantly increasing global capacity and production efficiency.

The plant covers the entire production cycle from PE granulate to the finished roll. All coating technology in use in the group are applied here, from water-based and solvent-based acrylic adhesives to adhesive systems based on natural rubber. There are also extensive options for customised printing of all the films produced.

POLIFILM PROTECTION is committed to decentralised production and business development in strategically important markets such as China. Accordingly, the new factory will enable the protective film manufacturer to achieve the capacity and efficiency increases necessary to meet the growing demand in China and Asia. Thanks to excellent connections to the rail and air transport networks and close proximity to companies that are part of POLIFILM PROTECTION's international supply chain, these films reach their destinations quickly.

The location is also important internationally: for example, during the pandemic, POLIFILM PROTECTION benefited from diversified production with many sites and the resulting ability to reallocate capacity on a global scale. In the context of such reallocations, the factory in Changshu offers the best conditions for supplying Europe and America at short notice.

Expertise from the entire group of companies

The design, construction and equipment used are state-of-the-art and reflect the entire knowledge available within the group, as POLIFILM PROTECTION involved specialists from all international locations in the design of the material flows and production processes. Best practices were also incorporated in terms of environmental protection and sustainability. At this new site, the company uses the concept of an energy-optimised solvent recovery plant developed in Wipperfürth, Germany, which reduces gas and electricity consumption as well as CO2 emissions. Last but not least, this new Changshu plant uses regenerative energies for hot water treatment as well as advanced lighting solutions that work with the clever use of natural daylight. 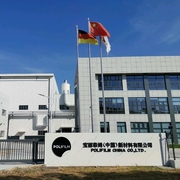 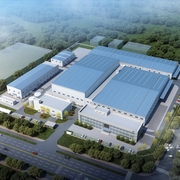